Chris Lane’s got some “Big, Big Plans” ahead! The country crooner announced he’s hitting the road on an extensive US tour set to kick off this fall!

The 29-date “Big, Big Plans” will run through the new year and gets underway October 31 in Cincinnati, OH. Lane is set to hit the stage in cities including Orlando, Boston, Los Angeles, and Dallas before wrapping things up in Detroit, MI on February 22.

“After a top-notch summer touring with Brad Paisley, I couldn’t be more excited for my Big, Big Plans tour to kick off,” Lane shared. “Having artists like Gabby, Blanco, and Ernest out with me will make it a fun show from start to finish. I’ll be bringing the energy and may even have some surprises in store. We’ve amped up the production to a new level and I can’t wait for people to see it!”

Where is Chris Lane playing near me?

Who is Chris Lane?

Country singer/songwriter Chris Lane emerged in the early 2010s with smooth vibe and lively sound thanks to his roots in bro-country. Before venturing out into a solo career, Lane fronted the Chris Lane band, releasing their debut album Let’s Ride in 2012. The record was a success, reaching the Billboard Top Country Charts. Following his time with the band, Lane moved to Nashville, where he would go on to establish himself as a successful solo act, opening for artists including The Band Perry, Eli Young Band, Chris Young, and Florida Georgia Line. His debut single “Broken Windshield View” arrived in 2014, charting at the number 45 spot on the Billboard Hot Country Songs chart. Lane’s debut solo album Girl Problems was released in 2016, followed by his second album, Laps Around the Sun, in 2018. 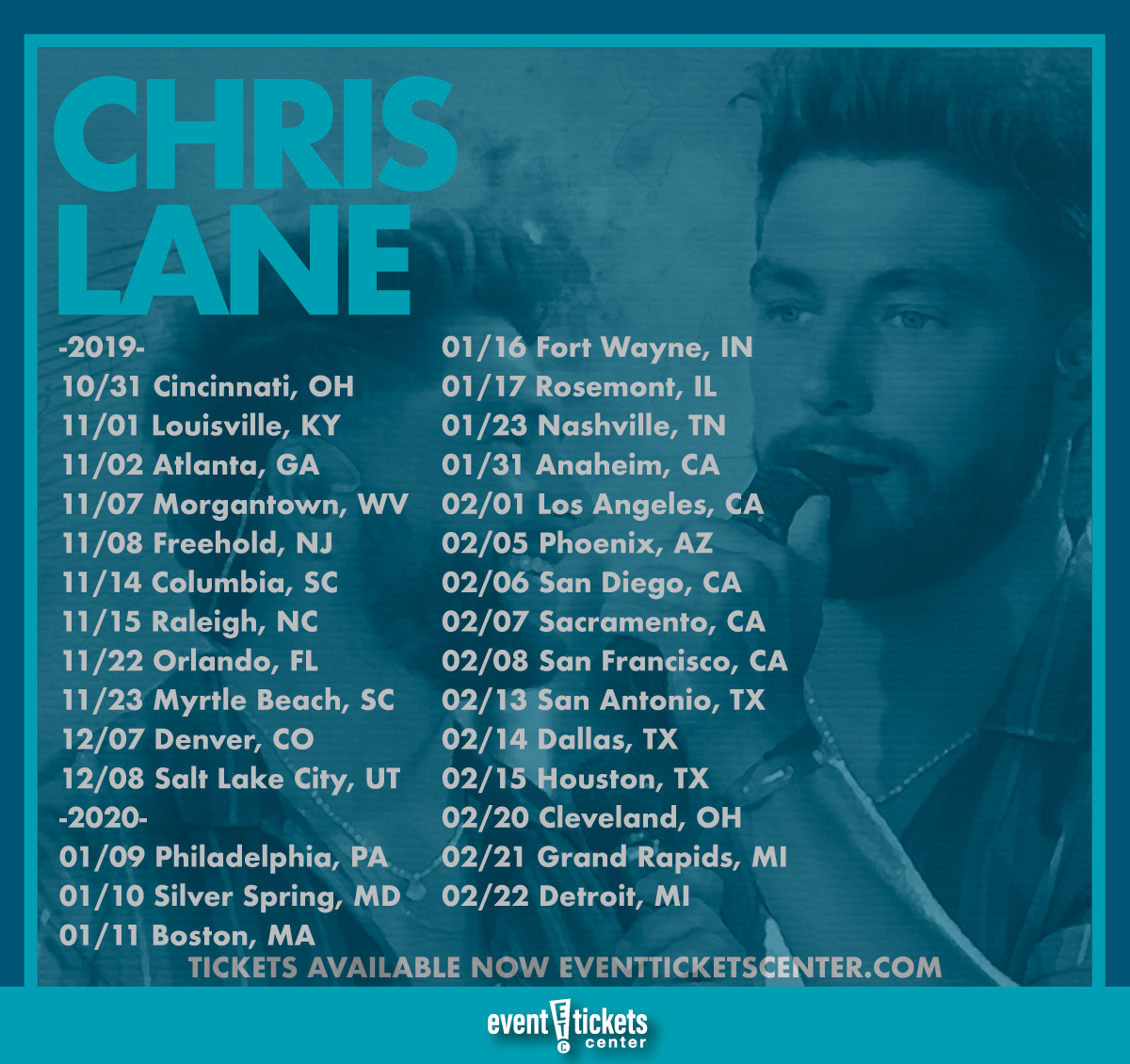