Update 3/20/2020: The Goddess of Pop has revealed rescheduled dates for her Here We Go Again trek, starting with a September 8 performance in Tampa, FL. From there, Cher will hit the stage in cities including Memphis, Green Bay, Kansas City, and Spokane before wrapping things up with a final show in Miami, FL on December 5. Check out a full list of updated dates and stops below, and don't forget to snag your tickets if you haven't done so already!

Where is Cher playing near me?

Update 11/4/19: The Goddess of Pop will keep the party going well into 2020, adding several new stops across the US to her extensive “Here We Go Again” tour!

The additional 26 dates kick off March 6 in El Paso, TX, and include stops in Oklahoma City, Charleston, Miami, and Salt Lake City before wrapping up with a final performance in Sacramento, CA on May 6.

The new slate of dates will once again feature Nile Rodgers and Chic as supporting acts.

Cher initially kicked off the “Here We Go Again” trek back in January 2019.

Check out a full list of new stops and dates below!

Original Article: Mamma Mia! Cher has announced she will be hitting the road for the first time in five years, bringing the Goddess of Pop herself to a city near you in 2019!

The “Here We Go Again Tour” will launch on January 17th with a performance in Fort Myers, Florida. Cher will go on to hit the stage in cities like Nashville, Chicago, Philadelphia, Brooklyn, and Milwaukee before closing out the 30-date trek with a final show in St. Paul, Minnesota on May 18.

“Here We Go Again” is the first US tour for the superstar since her “Dressed to Kill” run in 2014. The tour will be in support of her upcoming ABBA tribute album Dancing Queen, which was inspired by her time filming Mamma Mia! Here We Go Again.

“After I did ‘Fernando’ [in the movie] I thought it would really be fun to do an album of ABBA songs, so I did,” she recently revealed in an interview. “It’s not what you would think of when you think of ABBA, ’cause I did it in a different way.”

Cher announced the exciting news during a visit to Ellen, where she also performed ABBA’s “SOS” off the upcoming album. Dancing Queen is due for release on September 28.

A career that’s spanned six decades. Two rock star husbands. A Grammy. An Oscar. An Emmy. There’s only one woman who’s done it all and then some.

Known as the “Goddess of Pop,” Cher is one of the most influential and emblematic entertainment icons of all time. She has sold more than 100 million albums worldwide, making her one of the best-selling musicians in history, and is the only artist to have a number-one single on a Billboard chart in each decade from the 1960s to the 2010s. Her music crosses a broad spectrum of genres and has continued to change with the times.

More than a singer, she is also known for her incredibly successful acting career, both on the stage and the screen. Cher’s unapologetic freedom and fearlessness have pushed the boundaries of music, acting and fashion for over 60 years. A true superstar, she is known for embodying female autonomy in a male-dominated industry.

Cher is noted for her philanthropic endeavors, political views and social activism and is an outspoken supporter of LGBT rights and HIV/AIDS prevention. At 72 years old she remains at the top of her game, continuously breaking the boundaries and not letting anyone stand in her way. 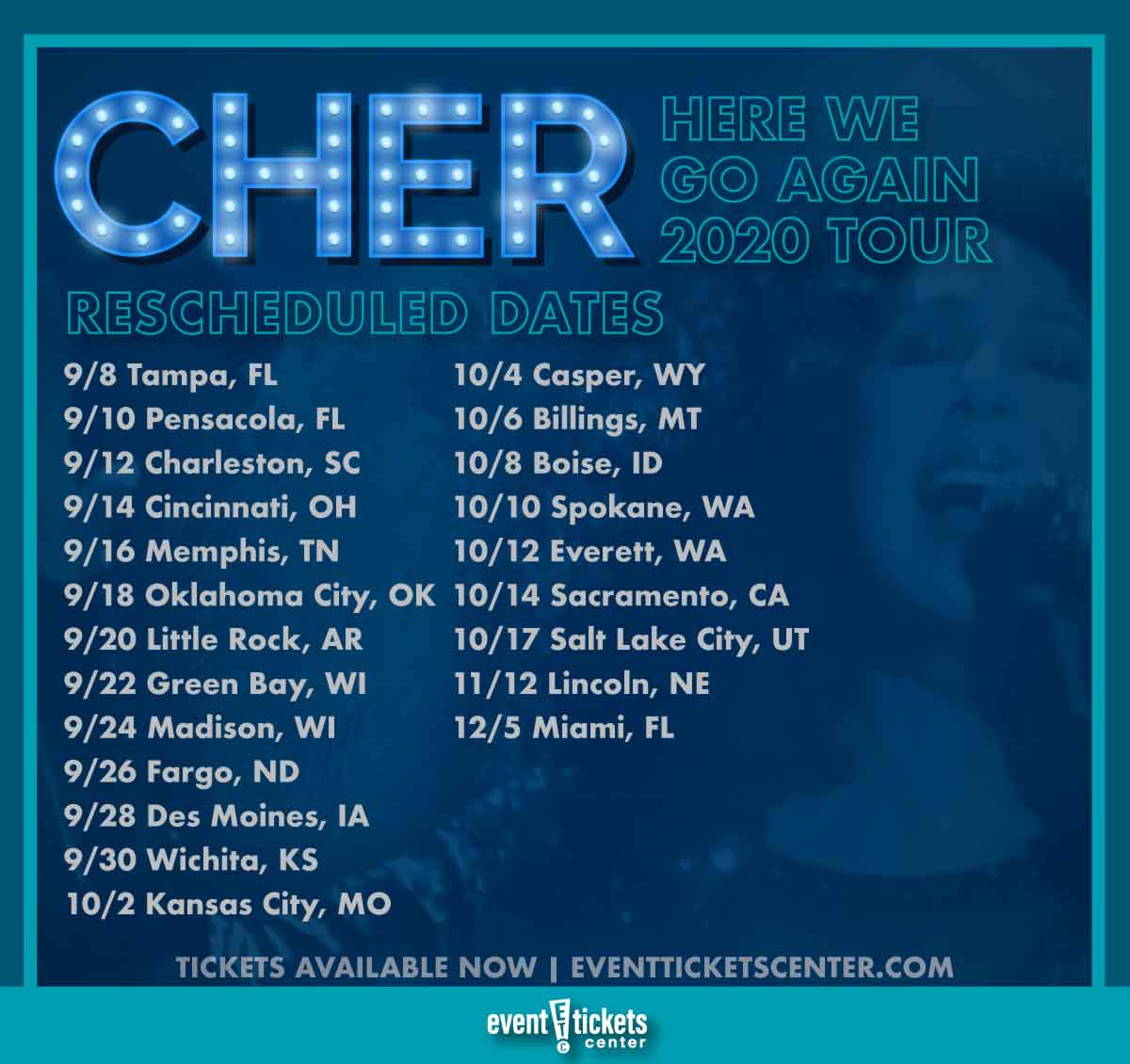