Country music singer Brett Eldredge’s first-ever headlining tour recently came to conclusion, but if you didn’t get a chance to catch him live, we have good news! The musician has revealed plans to extend the trek with new fall 2018 dates, so fans across the U.S. will now have a second opportunity to catch the talented singer-songwriter live during one of his additional 11 shows.

The second leg of “The Long Way Tour” will kick off on September 13 in Denver, Colorado. From there, Eldredge will hit a slew of cities including Kansas City, Cleveland, St. Louis, Manchester, and Orlando. The tour will wrap on October 19 in Boca Raton, Florida.

Supporting the Illinois native will be country newcomer Devin Dawson, who was also an opening act for the first leg of the tour. His debut single “All On Me” became an instant hit, charting high on the country lists. Dawson released his debut album Dark Horse in January 2018.

Who is Brett Eldredge? 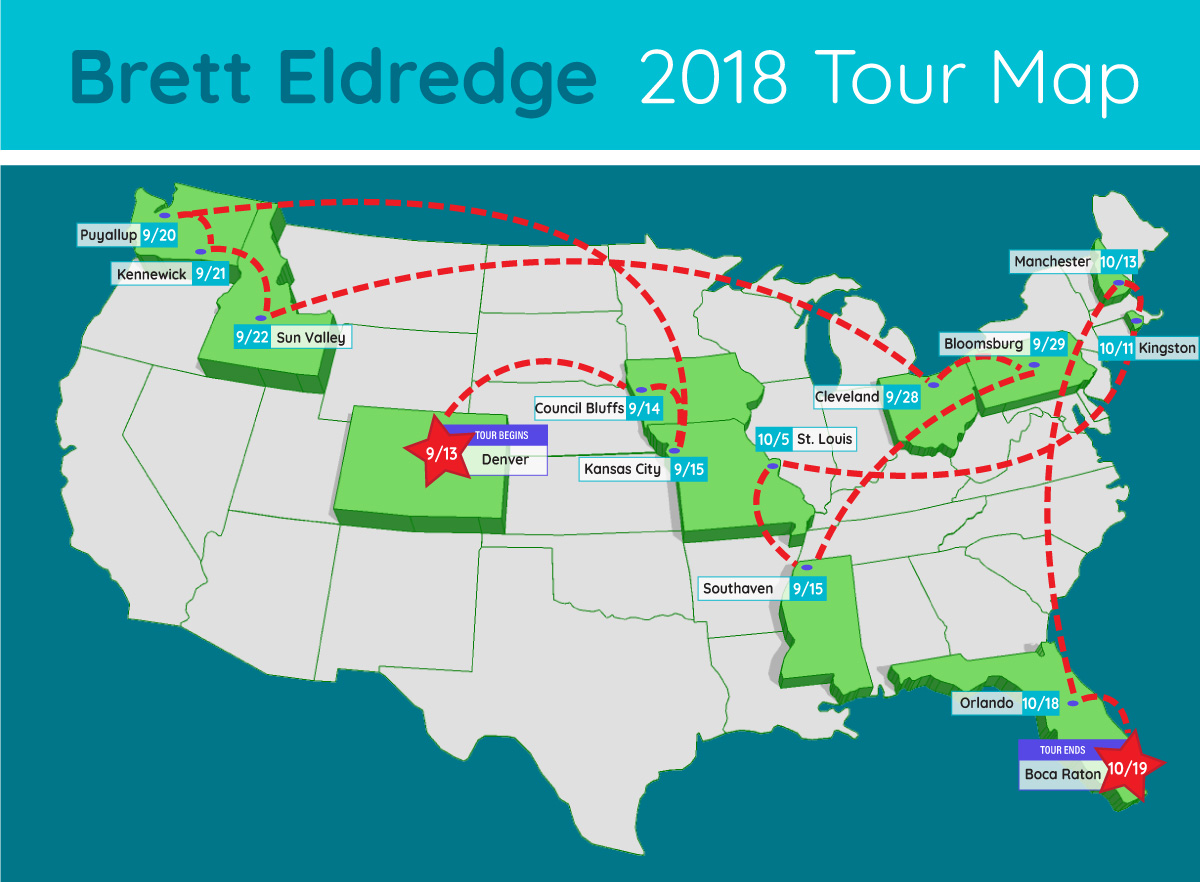 Where is Brett Eldredge playing near me?