Brantley Gilbert’s got plenty to be “Fire’t Up” about alright – the country star has just announced plans for a massive North American tour dubbed the “Fire’t Up Tour,” coming to a city near you early next year!

The 34-date jaunt kicks off with a pair of dates in Canada before heading stateside, starting with a show in Mashantucket, CT on January 25. From there, Gilbert will hit the stage in cities including Minneapolis, Tulsa, Portland, and Knoxville before bringing the curtain down with a final performance at Colorado’s Red Rocks Amphitheatre on May 8.

Fellow country stars Chase Rice, Dylan Scott, and Brandon Lay are set to join in on the action on select dates as special guests.

The “Fire’t Up Tour” takes its name from Gilbert’s new song, “Fire’t Up,” off his highly anticipated upcoming album Fire & Brimstone.

“I truly feel like we’re at the point that we can let the music take us where it is meant to go, so with every new album we like to change up our show and make it something that plays to those stories and characters,” Gilbert shared in a press release.

“We’ll of course still do the hits our fans love, but we are looking at this as an opportunity to turn up the heat a bit and give the songs on Fire & Brimstone a chance to really rock.”

Fire & Brimstone is due to drop October 4.

Where is Brantley Gilbert playing near me?

Who is Brantley Gilbert?

Country music’s Brantley Gilbert stepped onto the scene in the early 2000s, making waves with his blend of southern roots and influences from heartland greats like Steve Earle, Bruce Springsteen, and John Mellencamp. Gilbert released his debut album Modern Day Prodigal Son in 2009, followed by Halfway to Heaven one year later. In 2011, Gilbert re-released his sophomore effort, breaking through into the mainstream with two hit singles, “Country Must Be Country Wide” and “You Don’t Know Her Like I Do,” both of which shot to the number one spot on Billboard’s Hot Country Songs chart. Just as I Am Followed in 2014, bringing more of the same chart-topping success on the strength of number-one singles “Bottoms Up” and “One Hell of an Amen.” Gilbert released his fourth album, The Devil Don’t Sleep, in 2017. He has earned a total of 11 country chart entries, including four number one hits, and has written massive hit singles for several artists including Colt Ford and Jason Aldean. His fifth studio album Fire & Brimstone is due for release in October 2019. 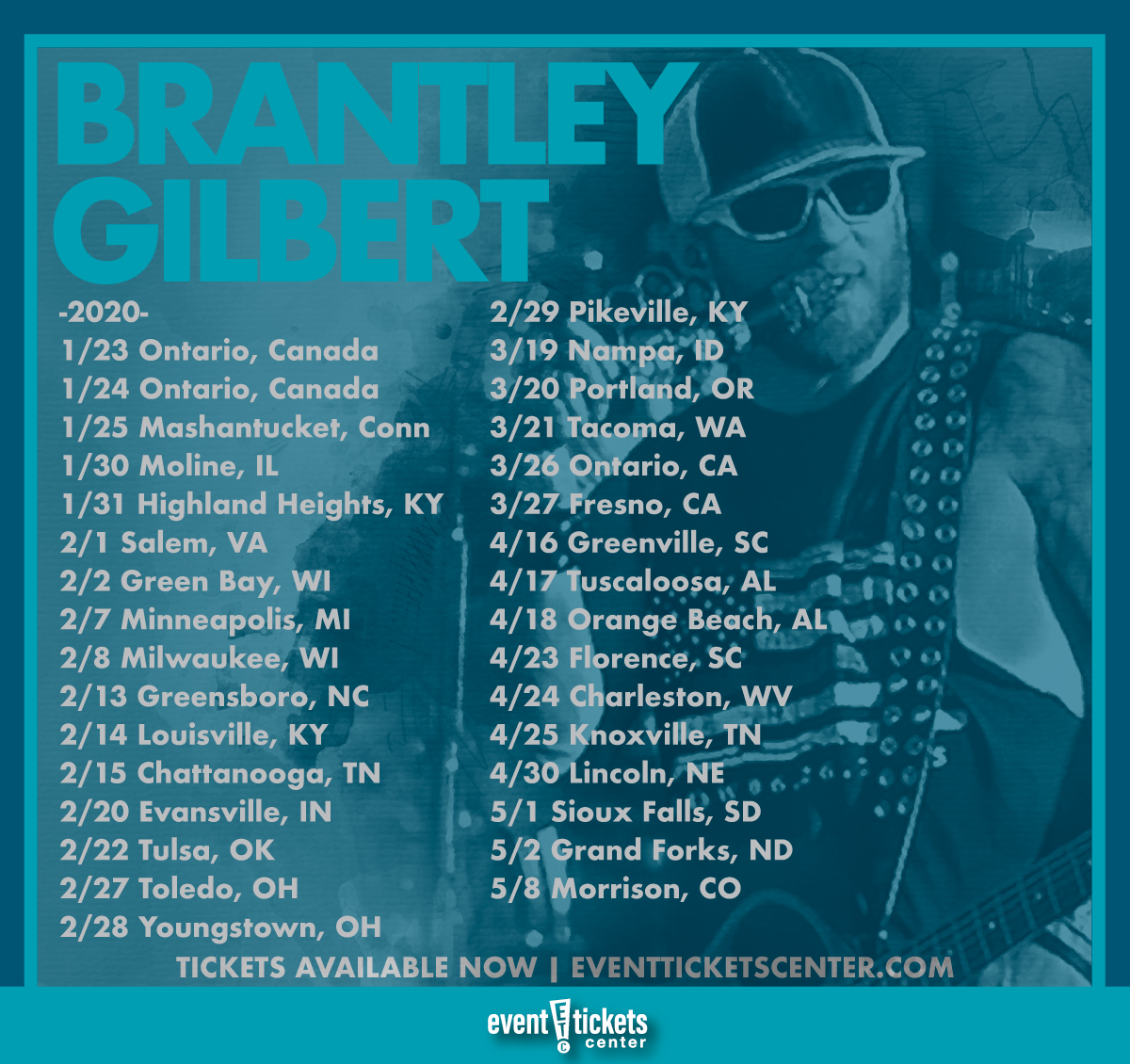