Bon Jovi – Selling The Music, But Still Not Giving Up The House

Bon Jovi have announced a 2018 leg for their ongoing "This House Is Not for Sale Tour", and are planning to add two new songs to the re-release of their album of the same name. The tour comes in advance of their Rock and Roll Hall of Fame induction in April.

Based on the first leg, Bon Jovi’s “This House is Not for Sale” tour focused more on the music and not on the video screens. Rather than a wall of guitars, the stages were open-backed and surrounded by lighting towers that collapse like Slinkys. This served to highlight the audio more than the lighting.

Bon Jovi’s post-Richie Sambora era (he bailed in 2013) features a six-piece band - five of which sing backup - unleash every guitar and synth solo you've come to expect. Sambora's replacement Phil X solos on "It's My Life" and "Lay Your Hands On Me." And he steals it.

The Spring tour kicks off on Mar. 14 in Denver and wraps on May 14 at Capital One Arena in Washington D.C.

As mentioned, the band will also re-release their latest LP, This House Is Not for Sale, with two new songs, “When We Were US” and “Walls,” on February 23.

The "This House is Not for Sale" tour has already earned $47 million in gross box office from its North American leg and an additional $40 million on the South American portion. 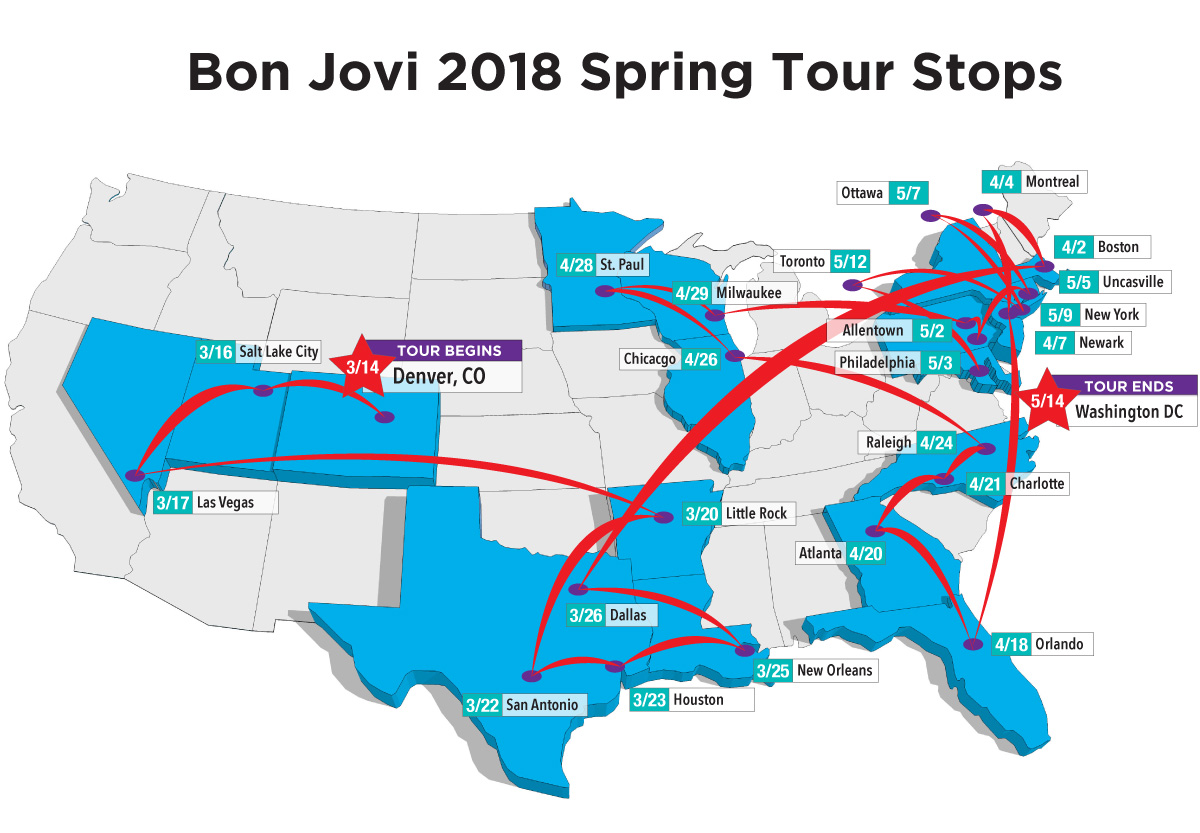 Where is Bon Jovi playing near me?