Billy Corgan has announced plans for a 12-city US tour this fall!

The 12-date trek kicks off with three shows in Los Angeles, CA from November 4-6, and will make stops in cities including Nashville, Tulsa, Springfield, and Stroudsburg before wrapping up with another three-night stint in New York, NY November 18-20.

The tour will see Corgan playing songs from his extensive catalog, including tracks from the Smashing Pumpkins, Zwan, WPC, and more. Check out a full list of dates and stops below!

Where is Billy Corgan playing near me?

Who is Billy Corgan?

Best known as the guitarist, singer, and lead songwriter for the Smashing Pumpkins, Billy Corgan is considered one of the most prominent figures and leaders of the alt-rock movement of the 1990s. Corgan formed the Smashing Pumpkins in 1988, and the band quickly gained a loyal fanbase and widespread popularity. Thanks to strong album sales and large-scale touring, the band remained one of the most prominent rock acts throughout the 1990s until their breakup in 2000. Corgan went on to form the short-lived alt-rock group Zwan, and would also release a solo album, TheFutureEmbrace (2005), as well as a collection of poetry before focusing on reuniting the Smashing Pumpkins in 2007. New versions of the band feature Corgan backed by a revolving lineup, and they have since released and toured a handful of albums. Corgan released his first solo album in over a decade, Ogilala, in 2017. 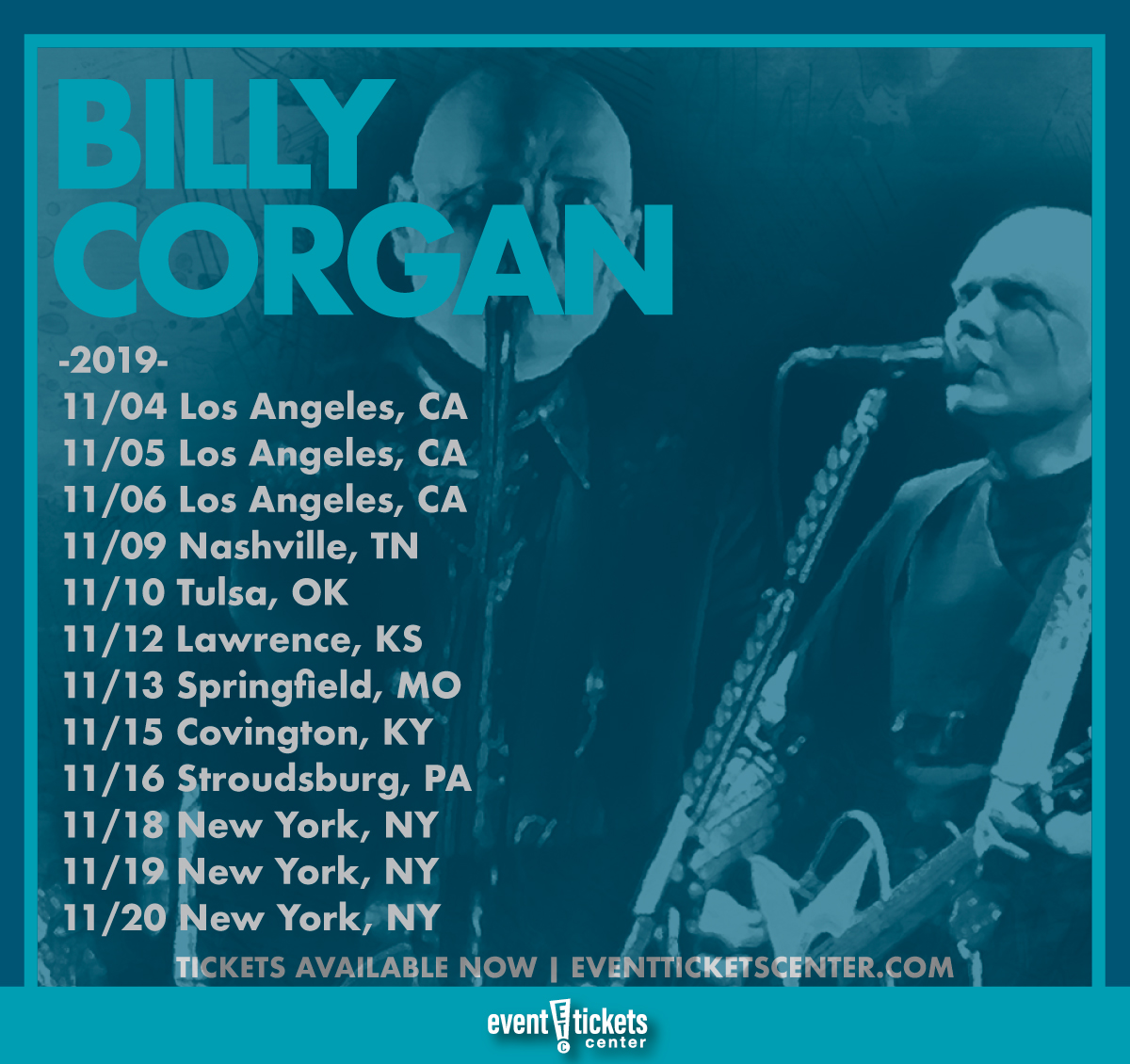