Bad Bunny Is Touring Again in 2019

Bad Bunny has announced an all-new tour set to kick off next spring, bringing the Latin trap star to a stage near you in 2019.

The 14-date trek kicks off with a performance at the Santander Arena in Reading, PA in March 14 before going on to make stops in cities including Miami, Portland and Dallas. A final show at New York City's Madison Square Garden will wrap things up on April 27.

Bad Bunny’s upcoming run of shows follows last year’s La Nueva Religión tour, which sold out nearly every date including American Airlines Arena in Miami and The Forum in LA.

Who Is Bad Bunny?

Puerto Rican singer, rapper, and producer Bad Bunny rose to fame on the strength of early singles like “Diles,” which quickly captured the attention of record labels. He would go on to collaborate with artists like Ñengo Flow, Arcangel, and Ozuna before dropping a handful of successful singles in 2017 including "Pa Ti," "Loco Pero Millonario," and "Dime Si Vas a Volver.” Later that same year, Bad Bunny scored a hit with the J Balvin and Prince Royce collaboration "Sensualidad." He continued to churn out hit singles throughout 2018 including “Amorfoda” and topping the Billboard Hot 100 with Cardi B on her hit single, “I Like It.”

Bad Bunny is considered a Latin trap performer. Rolling Stone has described his rapping style as having a “conversational tone,” employing “a low, slurry tone, viscous melodies and a rapper’s cadence.” He has cited Héctor Lavoe, Vico C, Daddy Yankee and Marc Anthony as his biggest musical inspirations. 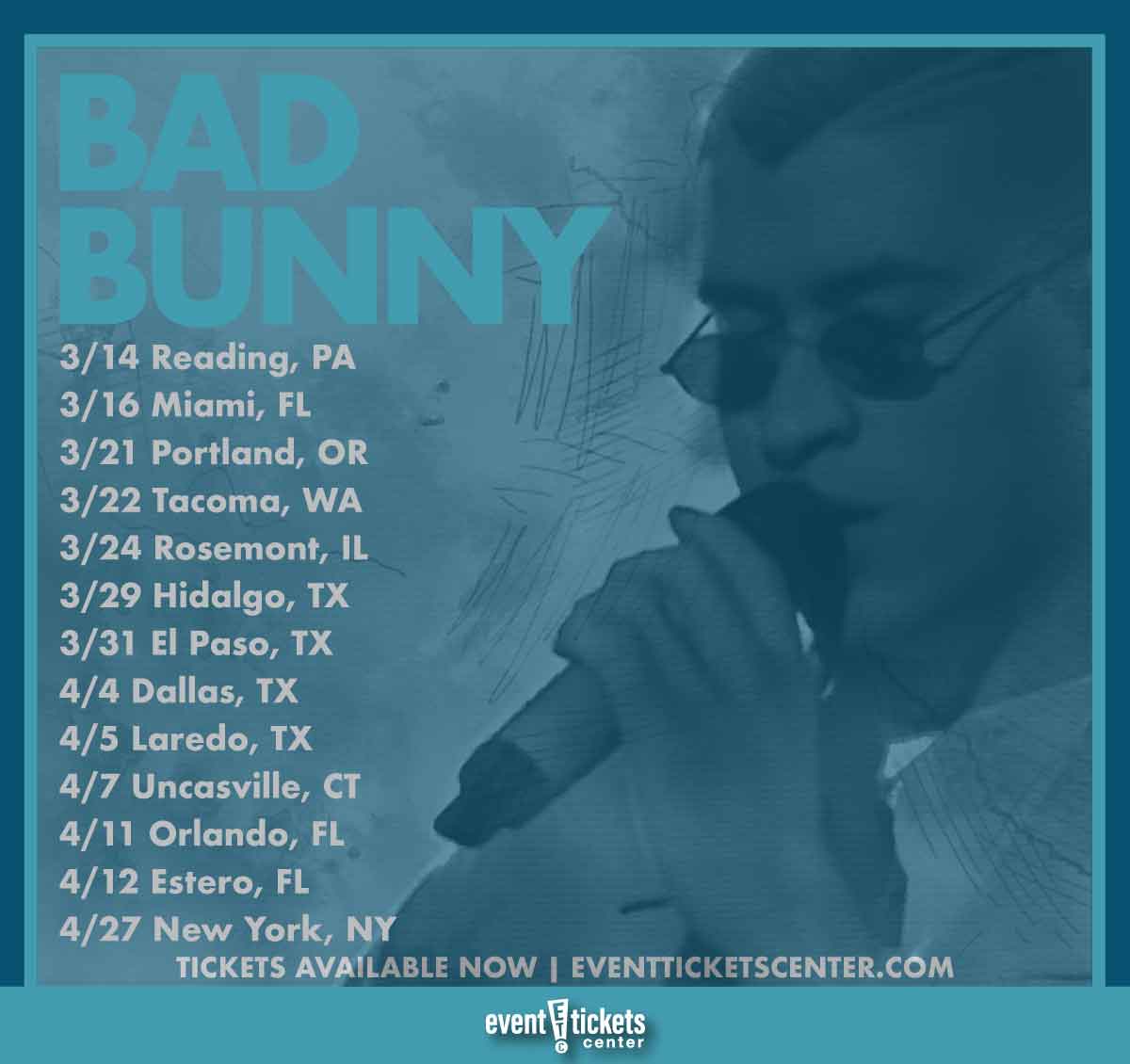