Update 2/10/2020: Backstreet's back, again! The boys have extended their DNA World Tour with a second North American leg set to kick off this summer!

The 45-date, three-month trek gets underway July 10 in Wantagh, NY and will see the group hit the stage in cities including Washington DC, Chicago, San Francisco, and Dallas before wrapping things up with a final performance in Los Angeles, CA on October 9.

“We give our fans 100%, night after night, putting on the best Backstreet Boys show we can. We play our hits, we dance our asses off and we do it because we love our fans,” member AJ McLean shared. “We have the best fans in the world. They come out to party and they sing at the top of their lungs and we feed off that energy. We can’t wait to take this show on the road again this summer.”

Original Article: Backstreet’s back, alright! The boys have announced they’re gearing up to hit the road for a massive 70-date world tour, set to kick off next year!

The 43-date North American leg of the “DNA World Tour” gets underway July 12 at the Capital One Arena in Washington, DC. Stops will include Everett, Los Angeles, Denver, Chicago, Orlando, Dallas, and St. Louis. A final performance at the Prudential Center in Newark, NJ will wrap things up on September 15.

“The journey is ongoing with us and there is so much left to do,” member Brian Littrell shared in a statement. “We’re living the next chapter that hasn’t been told yet, and that's exciting.”

Bandmate Howie D added, "when this group started 26 years ago - and through all the highs and lows of our career - we've had to learn it wasn't about us as individuals but about what's best for the group."

DNA is due for release on January 25.

Where are the Backstreet Boys playing near me?

Who Are The Backstreet Boys?

At the height of the ‘90s teen-pop explosion, the Backstreet Boys reigned supreme alongside friendly rivals *NSYNC ahead of the boy-band pack. With their hybrid blend of hip-hop, R&B balladry, and dance pop, the Boys found initial success in Canada and overseas. It wouldn’t be until the release of their mainstream pop made it big on the radio and MTV that they would find success in their US homeland.

1997 saw the release of their second international album Backstreets Back, spawning massive hit singles like “Quit Playing Games (With My Heart)” and “Everybody (Backstreets Back).” The two tracks became platinum-selling hits, reaching the Top Four of the US singles chart. The Backstreet Boys achieved worldwide superstardom with the release of Millennium (which housed the hit single “I Want It That Way”) in 1999 and remained at the top of the charts the following year with the release of Black & Blue before entering a two-year hiatus. They returned in 2005 with Never Gone, going on to release four more albums over the course of the next few years.

The Backstreet Boys are the best-selling boy band of all time, and one of the best-selling music artists in the world having sold over 100 million records across the globe. They are the only boy band to have their first nine albums reach the top ten on the Billboard 200, and one of only a handful of boy bands that have enjoyed continued, chart-topping success long after their peak (their 2013 album In a World Like This debuted in the top five, two decades after their formation). The group consists of original members AJ McLean, Howie Dorough, Nick Carter, Kevin Richardson, and Brian Litrell. In 2013, they received a Star on the Hollywood Walk of Fame. 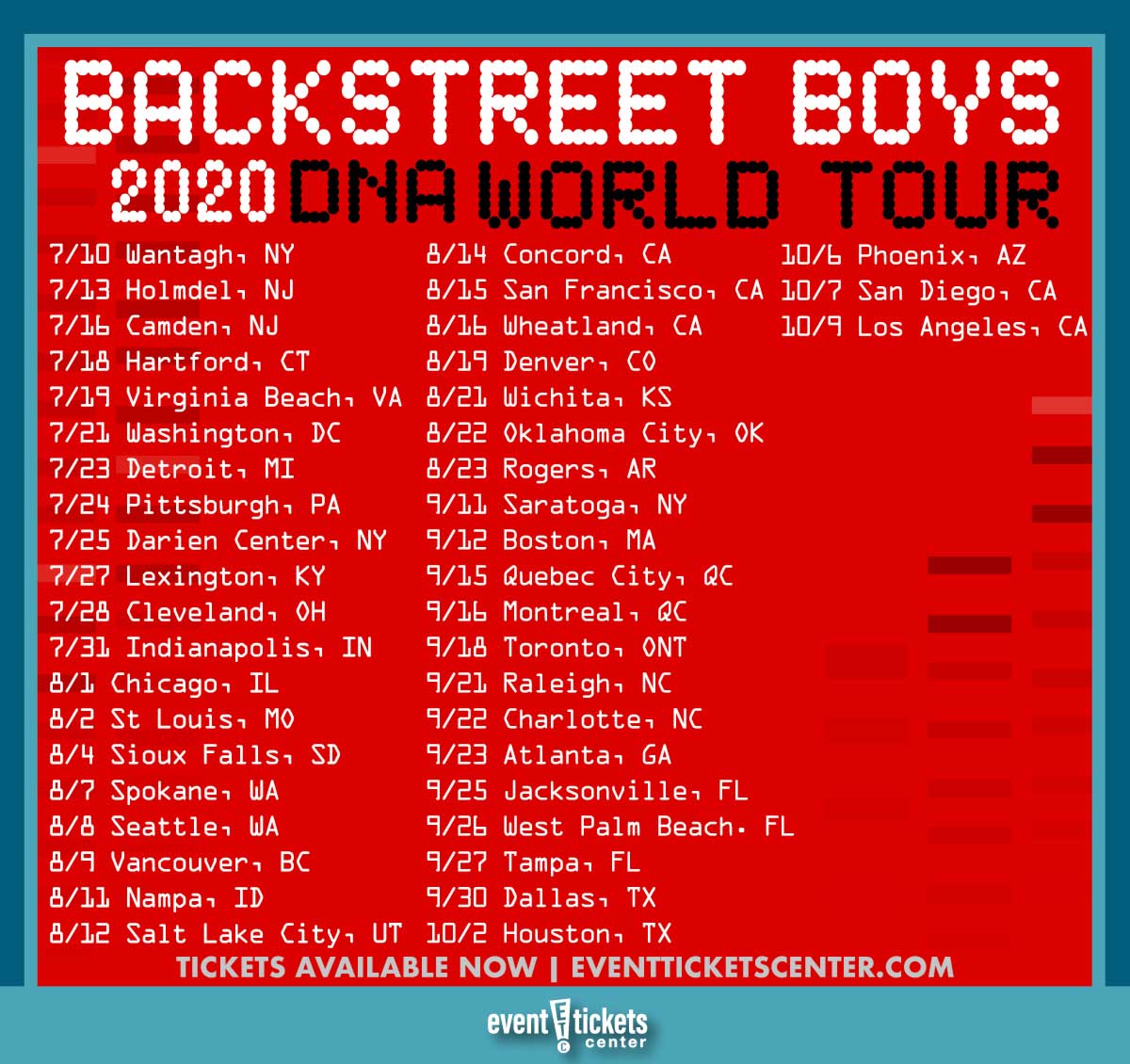