Latino legends Aventura have revealed plans for their first US tour in over a decade, announcing the 2020 Immortal Tour!

The long-awaited trek kicks off February 6 in Los Angeles, CA and will travel to cities including Dallas, Chicago, Boston, and Washington DC before wrapping things up with a final performance in Miami, FL on March 10.

Aventura have maintained a low profile over the last ten years, breaking the Latinternet in April 2019 with the release of their first new single “Immortal” since 2009. The band made waves once again in September when they joined member Romeo Santos at his solo concert at New Jersey’s MetLife Stadium.

Where are Aventura playing near me?

Known as “The Kings of Modern Bachata,” Aventura emerged nearly two decades ago, releasing their debut album Generation Next in 2000. The band’s breakthrough would arrive two years later with the release of their second full-length album We Broke the Rules in 2002. The album housed their smash-hit single “Obsesión,” topping several international charts and launching the family band to mainstream success. Aventura went on to release three additional studio albums including Love & Hate, God’s Project, and The Last, the latter of which would mark their final release before entering an indefinite hiatus in 2009.

Over the course of their career, Aventura have performed to sold out crowds around the globe, earning several nominations for prestigious awards including the American Music Awards, the Latin Grammy Awards, and the Billboard Latin Music Awards. Aventura are considered to be one of the most influential latin groups of all time. They have been integral to the evolution of bachata music and are considered pioneers of the modern bachata sound. 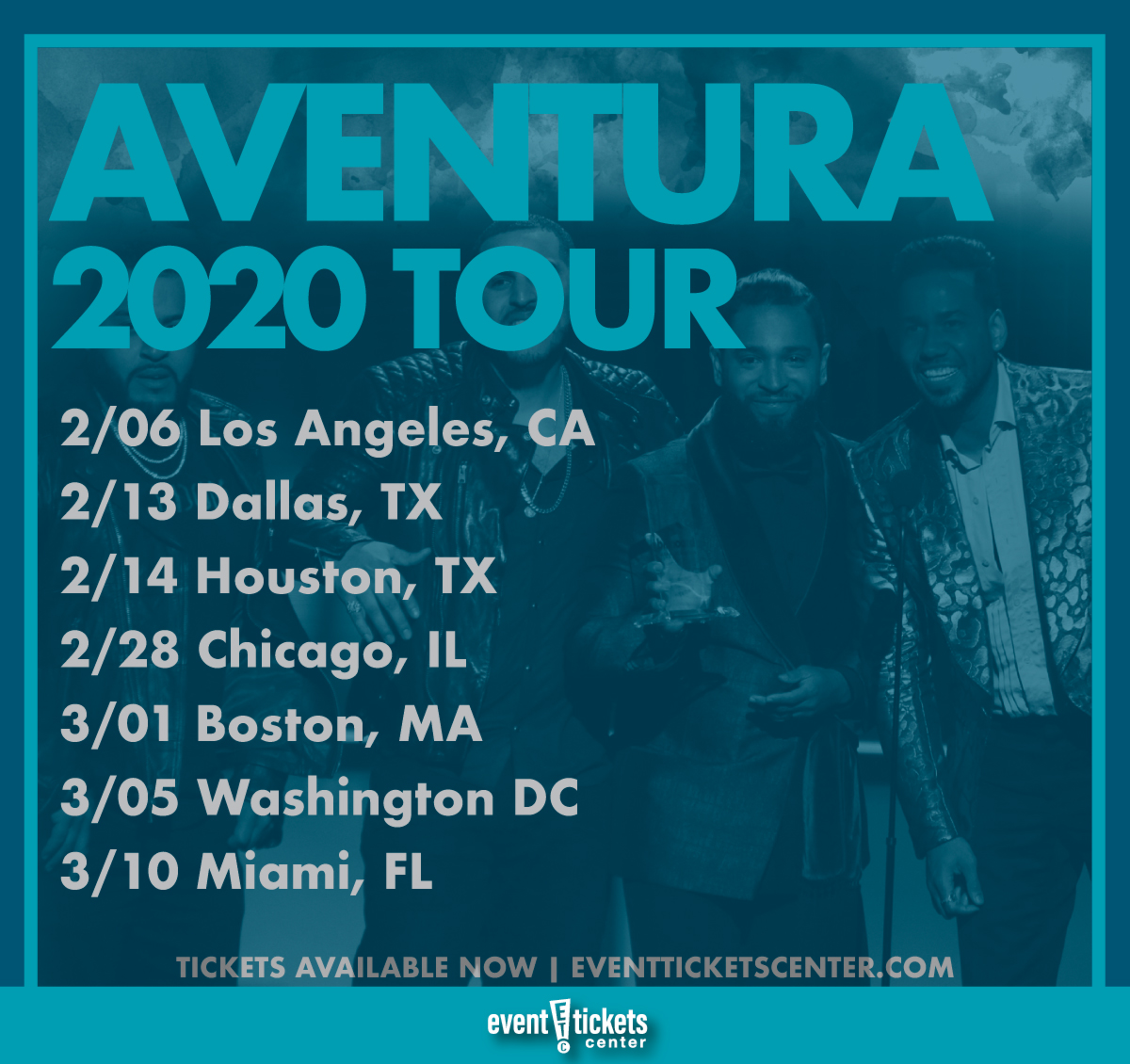