Ariana Grande Adds US Stops to "Sweetener" Tour for Fall 2019

Update 6/20/2019: Ariana Grande is bringing her “Sweetener” World Tour back to a handful of cities across the US this fall! The ”7 Rings” pop princess has announced several extended dates, with stops scheduled to hit cities including Brooklyn, Atlanta, Orlando, Nashville, and Phoenix. A final performance in Los Angeles will bring the curtain down on December 21.

Scroll down to see all the new dates below and be sure to check back here for any updates!

Scroll down to see all the new dates below and be sure to check back here for all the “Sweetener Tour” updates as they roll in!

Original Article: Calling all Arianators - the moment we’ve been waiting for is finally here! The “Sweetener” World Tour has officially been confirmed!

Ariana Grande gets things started on March 18 with a show at the Times Union Center in Albany, NY before setting out to hit a slew of cities across the US and Canada. Stops will include Washington DC, Chicago, Milwaukee, Denver, Los Angeles, Houston, New Orleans, Miami, and Nashville. A final performance at New York City's Madison Square Garden will wrap things up on June 18.

Fans have anxiously been awaiting the announcement for some time, with Ariana finally hinting that good news was on the way earlier this week. Grande recently replied to a fan via Twitter, stating that she was “emotionally ready” to return to touring and would be announcing dates soon. Just last night, Grande answered another follower’s question: “are u giving us dates tomorrow.” Her answer: “yea tbh.”

And while it seems the Sweetener era has only just begun, Grande has some more tricks hidden up her sleeve, hinting that a fifth album may not be as far off as fans may think.

“I love Sweetener [so much],” she tweeted on Wednesday. “But yea I’m [very] excited for this next one too.” The singer continued to drop hints and answer questions from followers, revealing she has a name for the upcoming set of tunes and retweeting a tease of an unreleased song titled “Needy.”

Sweetener hit shelves mid-August and debuted at the number one spot on the Billboard 200. The album topped several international charts as well and was supported by massive hit singles like “God Is a Woman,” “No Tears Left to Cry” and “The Light Is Coming” featuring hip-hop star Nicki Minaj.

Grande has only shared North American dates so far but has stated that more international dates will be dropping soon.

Who Is Ariana Grande?

A television star turned chart-topping pop diva, Pop and R&B sensation Ariana Grande has certainly made a name for herself since first stepping out onto the music scene in 2008. Grande first attained her celebrity status through starring roles in Nickelodeon’s Victorious and Sam & Cat. In 2014 she signed with Republic Records, bringing along many loyal fans who had followed her since her television debut.

Grande’s debut album, Yours Truly, hit shelves later that year, earning a platinum certification and debuting at the number one spot on the Billboard 200 chart. Her unique mix of pop, R&B, funk, and hip-hop supported by her incredible wide-range vocal versatility earned her a place in the ranks amongst legendary pop artists like Mariah Carey and the late Whitney Houston, both of whom she cites as major influences.

In the years since her singing debut, Grande has released three additional studio albums including My Everything (2014) and Dangerous Woman (2016), both of which earned platinum certifications as well. Her latest release, 2018’s Sweetener debuted at the number one spot on the Billboard 200 and topped several international charts as well.

Grande is known to be open with fans about her personal life, often interacting with her fans on Twitter by replying to their questions, giving life updates, and sharing videos of her adorable pets (including her beloved pig, Piggy Smalls). She is known for lending her incredible talents to organizations that are near and dear to her heart, often performing in benefit shows and speaking out on social issues like youth homelessness, LGBT rights, online bullying, gun control and much more. Grande is an outspoken supporter of animal rights and has led a vegan lifestyle since she was thirteen years old. 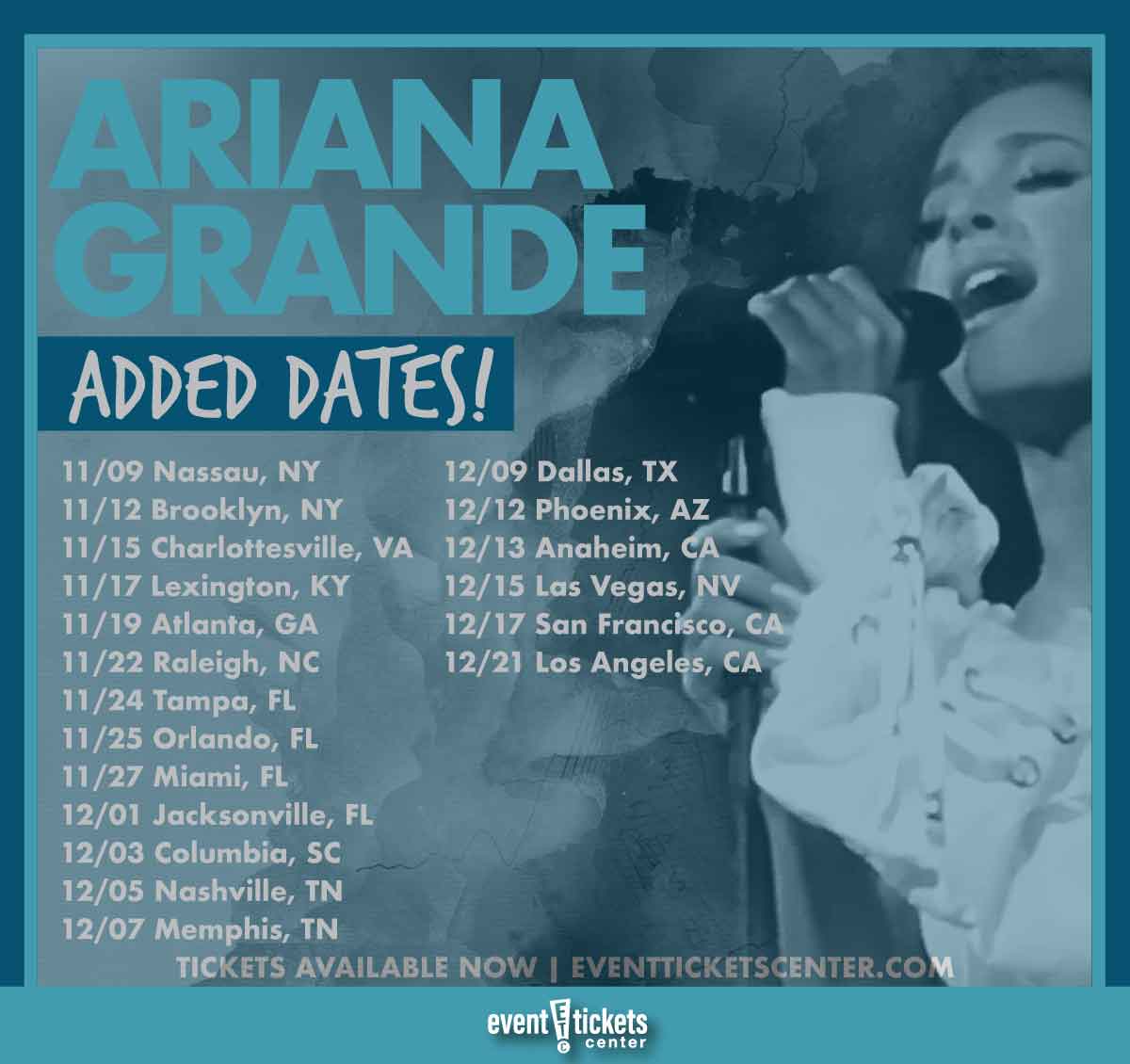