Allen Stone has big plans in store for 2020! The R&B singer/songwriter has announced his biggest tour ever in support of his upcoming album, Building Balance.

The 35-date trek gets underway February 7 in Austin, TX and will see Stone hit the stage in cities coast-to-coast including Orlando, Brooklyn, St. Louis, and Spokane before wrapping up with a final performance in San Diego, CA on April 5.

The tour will feature intimate performances by Stone as he dives into his catalog, playing cuts off the new record.

“I’m pumped to showcase Building Balance the way it was intended. With a live band, for a live audience,” Stone shared. “I can’t wait to get back on the road and share this new music with my fans.”

Building Balance is due for release Friday, November 8.

Where is Allen Stone playing near me?

Mar. 27 – Vancouver, BC @ The Commodore Ballroom

Who is Allen Stone?

R&B singer/songwriter Allen Stone began singing as a child, influenced by his parents and his church upbringing. By age 11, he’d already picked up the guitar and written his first song, beginning to experiment with self-recording and demo tapes shortly after. Stone went on to enroll in college, though he quickly dropped out, setting his sights on Seattle in hopes of kick-starting his career in music. In 2010, he self-released his debut album, Last to Speak, making his mainstream breakthrough with his self-titled follow-up two years later in 2012. The record entered the top five on iTunes’ R&B/Soul Chart following its digital release, earning Stone guest appearances on a handful of late-night talk shows including Conan and interviews with several publications like The New York Times. His third album Radius arrived in 2015. His fourth album, Building Balance, is due for release on November 8, 2019. Stone has cited several artists as being a major influence on his style and sound, most notably Stevie Wonder and Marvin Gaye. 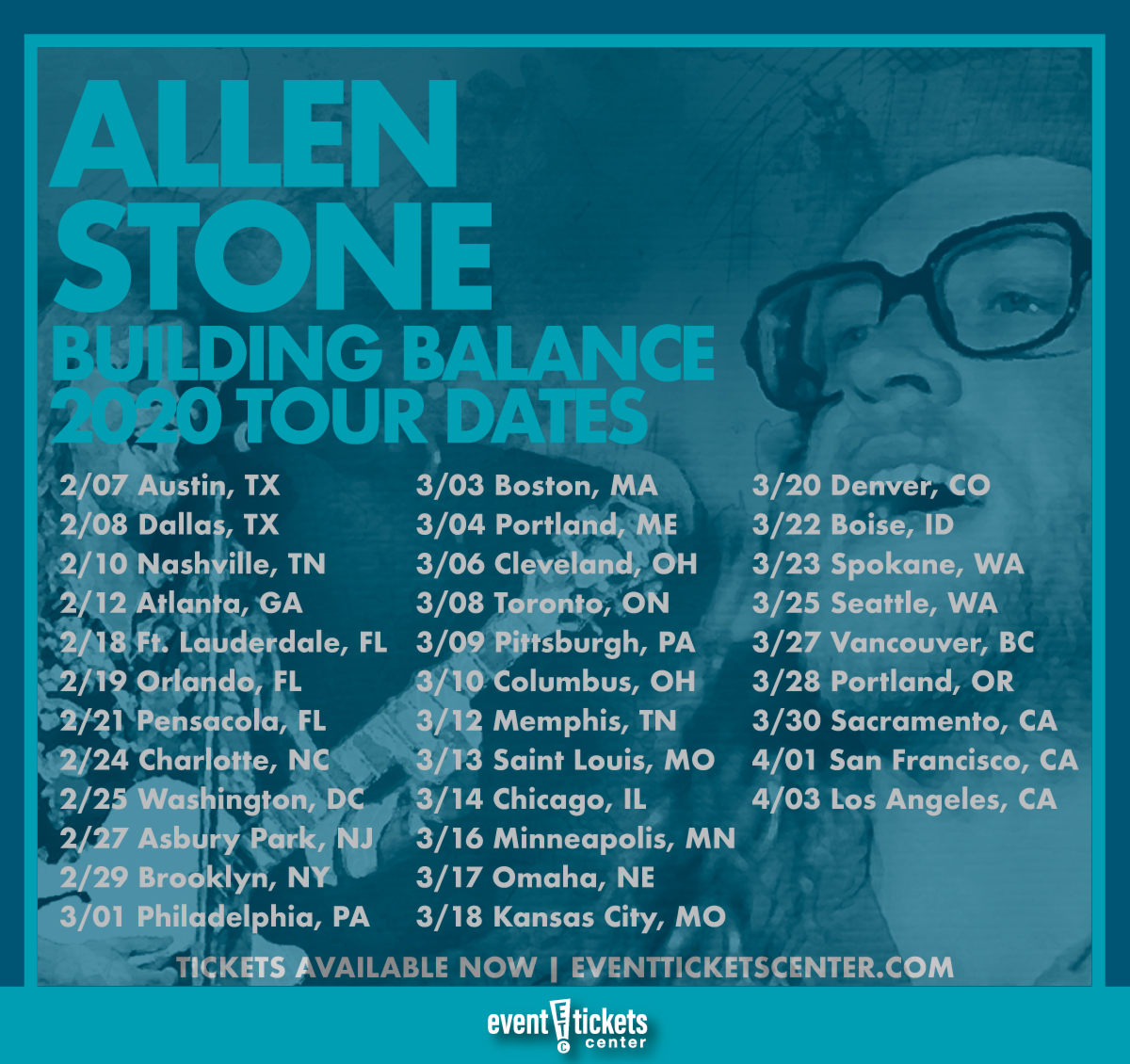