Paul Simon, legendary singer-songwriter is calling it quits. Simon today announced his final tour and it's entitled "Homeward Bound – The Farewell Tour." The tour kicks off in Vancouver on May 18 and wraps in Nashville at Bridgestone Arena on Jun 20.

Simon and his band will play Seattle, Portland, Los Angeles, Oakland, Las Vegas and Denver before heading to Texas for shows in Dallas, Houston, and Austin.

A Midwest run features stops in Chicago, St. Paul, Detroit, and Toronto. Then, Paul Simon heads to the East Coast to end the leg with concerts in Montreal, Boston, Philadelphia, Greensboro, and Nashville.

Who is Paul Simon?

Paul Simon’s long, distinguished career includes 29 Top 40 singles and 12 Grammys, including a lifetime achievement award in 2003 that he received for his incredible work with Art Garfunkel. Three of his Grammys were for Album of the Year: Bridge Over Troubled Water, Still Crazy After All These Years, and Graceland.

"I've often wondered what it would feel like to reach the point where I'd consider bringing my performing career to a natural end. Now I know: it feels a little unsettling, a touch exhilarating and something of a relief," Simon said in a statement.

"I love making music, my voice is still strong, and my band is a tight, extraordinary group of gifted musicians. I think about music constantly. I am very grateful for a fulfilling career and, of course, most of all to the audiences who heard something in my music that touched their hearts."

Simon has been heavily involved in philanthropic work and was the first American to play a concert in post-apartheid South Africa. 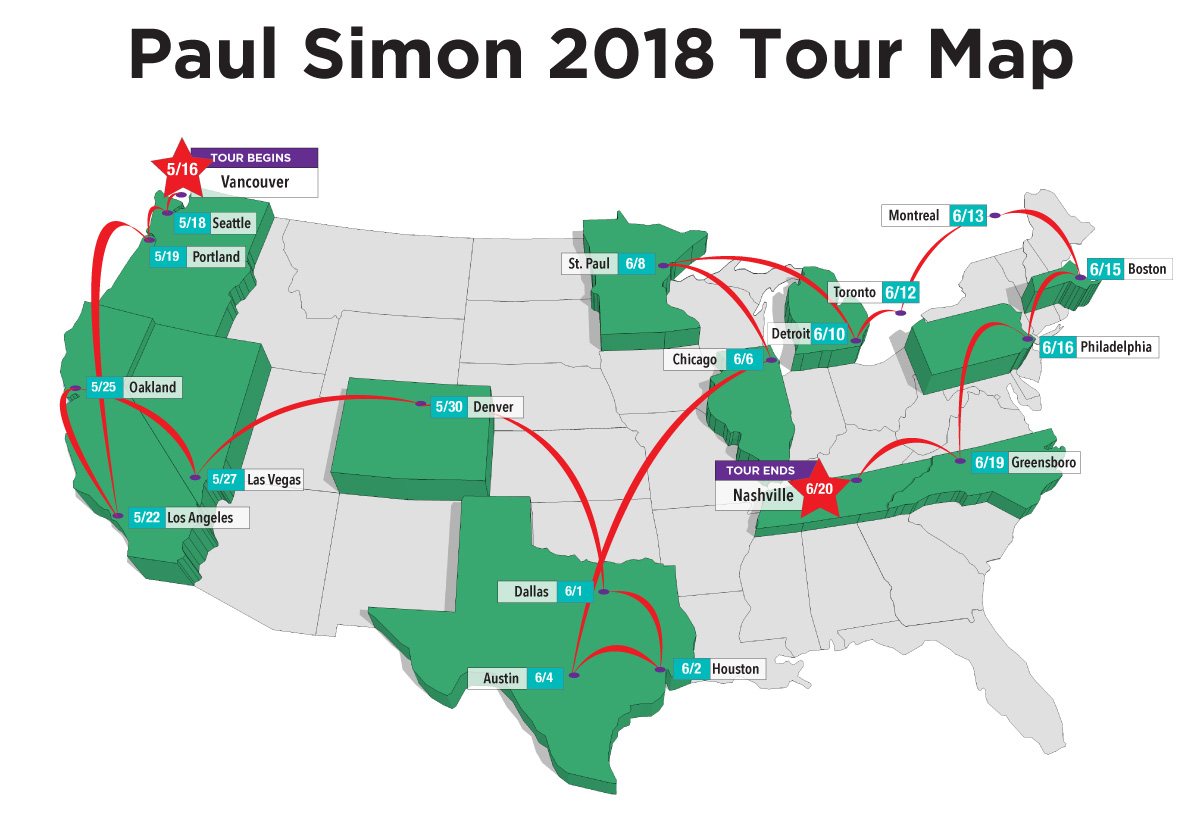 Where is Paul Simon playing near me?