2CELLOS are gearing up to hit the road for an all new tour, bringing their electrifying live show to cities across the US in the new year!

The 30-date “Let There Be Cello” tour kicks off February 5 with a show in Seattle, WA and will make stops in cities including San Diego, Houston, Detroit, Boston, New York, and Nashville. The two-month run wraps up April 14 with a final show at the Amway Center in Orlando, FL.

“Let There Be Cello” will be in support of the duo’s upcoming album of the same name. The album will feature a mixture of pop favorites and timeless classics, including Ed Sheeran's hit song “Perfect,” Luis Fonsi’s “Despacito,” and John Lennon’s “Imagine.”

Let There Be Cello is due for release on October 19.

Croatian cello twosome 2CELLOS rose to fame after uploading their cello-only cover of Michael Jackson’s “Smooth Criminal” to YouTube in 2011. The video garnered over three million views in its first two weeks. The duo subsequently signed to a label, releasing their self-titled debut album later that same year, covering tracks from the likes of U2, Kings Of Leon and Nine Inch Nails. The album also including a new version of the Michael Jackson track that put them on the map. 2CELLOS reached number one on the Billboard Classical Albums chart. The success of their first album was followed by more of the same with the release of In2uition (2013), Celloverse (2015), and Score (2017), the latter of which shifted the focus from pop hits to movie and tv material, featuring songs from Game of Thrones, Titanic, and more. Score was a collaboration with the London Symphony Orchestra and marked their fourth straight appearance on the Billboard 200 and their third classical number one. 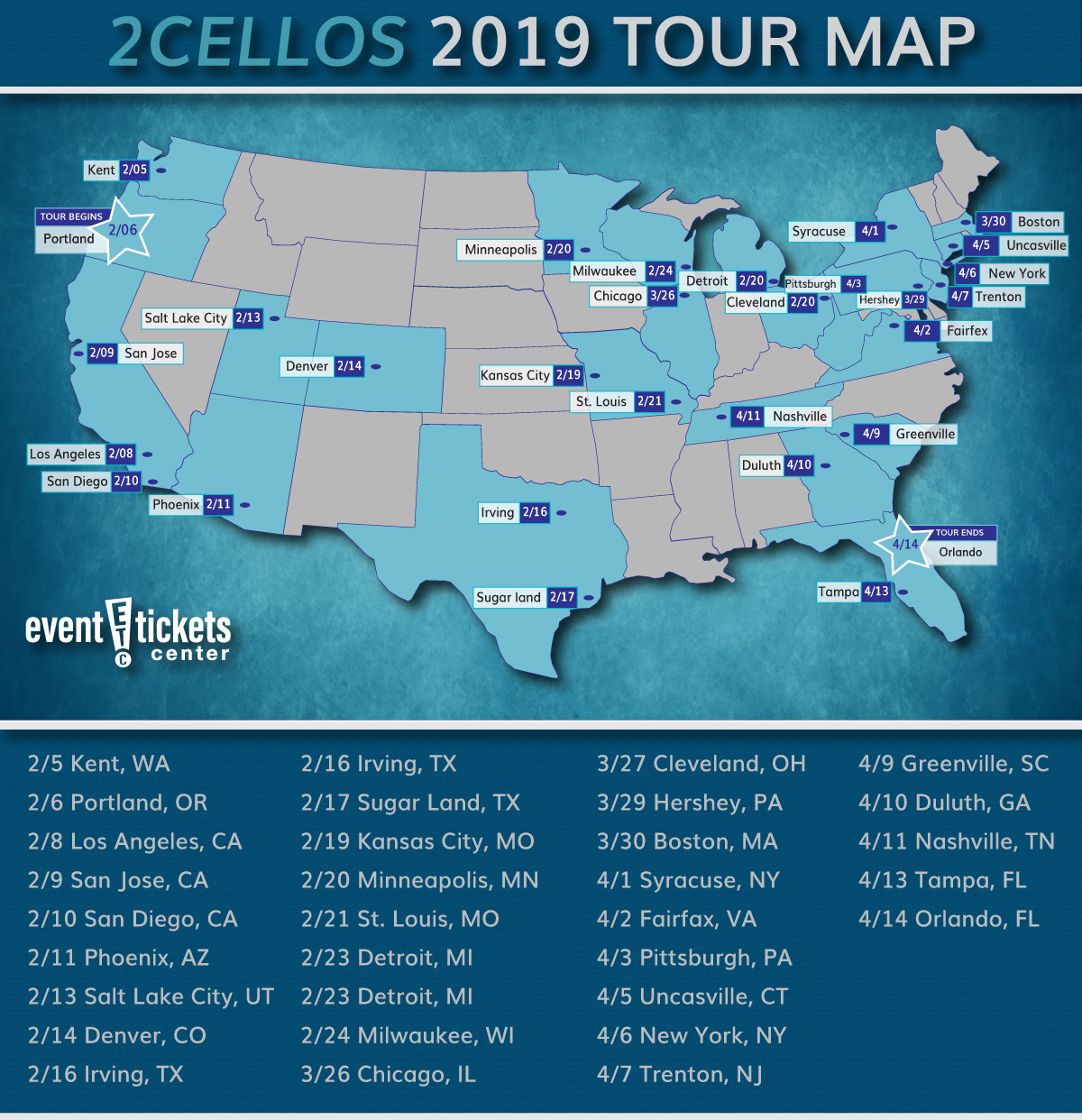 Where area 2Cellos playing near me?